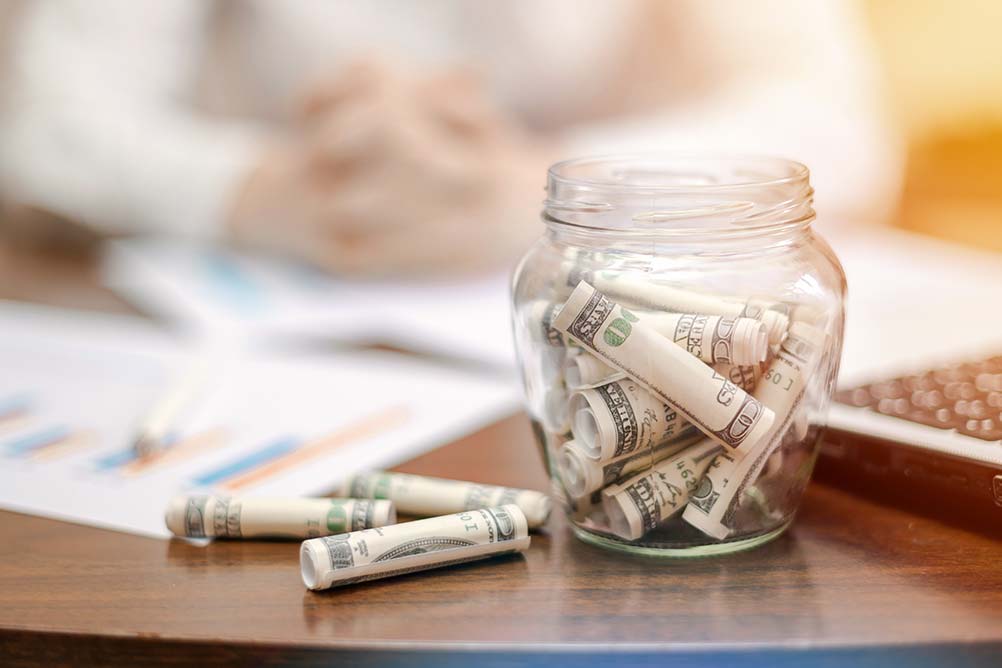 At first blush, the decision of the United States Court of Appeals for the Ninth Circuit in Ad Hoc Committee of Holders of Trade Claims v. Pacific Gas & Electric Company (In re PG&E Corporation), No. 21-16403, 2022 U.S. App. LEXIS 24269; ___ F.4th ___ (9th Cir. Aug. 29, 2022) (“PG&E”) features all of the trappings of a reboot of 1990’s police procedurals, with their “ripped-from-the-headlines” storylines.  PG&E’s factual underpinnings include (i) catastrophic wildfires, (ii) a besieged utility provider attempting to confront future claims of seemingly unknown magnitude stemming in large measure from said natural disasters, (iii) discussion of double-digit interest rates, (iv) extraordinary government intervention (here, by the State of California) effectively as a kind of insurer of last resort (or, at least, near the end of the line), (v) and the fate of an entity with a claimed asset valuation is excess of $70 billion hanging in the balance – to say nothing of the utility services it provides to its customer base and the lives, businesses, and hopes encompassed therein and affected thereby.  But, that narrative has been explained and, perhaps, overexplained elsewhere.

For purposes of bankruptcy law, the story is not new.  The storylines from which PG&E’s story was “ripped” were first written long ago, and they will continue to be written and re-written as long as there is reorganization value over which to fight in any particular case.  At its core, PG&E features a form of struggle between a solvent debtor (“D”) and its equity holders (“E”), on the one hand, and D’s creditors (“C”), in this instance nominally unimpaired C’s, on the other.

In PG&E, the tug-of-war between D/E and C turned on whether C was entitled to post-petition interest on C’s allowed claims at the agreed upon contract rate or California’s default rate of 10% (as C’s would have it) or at the federal judgment rate of interest (as D/E would have it).  This factual backdrop served as a foil for a divided 2-1 panel of the Ninth Circuit in PG&E to explain that (i) the so-called “solvent-debtor exception” to the general rule against post-petition accrual of interest on allowed claims (see, e.g., 11 U.S.C. § 502(b)(2)) survived the enactment of the Bankruptcy Code of 1978, (ii) any designation of a claim as unimpaired within the meaning of 11 U.S.C. § 1124(1) by a solvent debtor for plan voting (11 U.S.C. § 1126) and cramdown purposes (11 U.S.C. § 1129(b)) must leave unaltered the equitable right of creditors holding allowed claims against estates of solvent debtors to receive post-petition interest at their bargained-for contract or state law default rates, unless compelling equities require a deviation from payment of such interest, either in whole or in part.

So, What Actually Happened in PG&E?  What was the fight about?

In PG&E, D proposed a plan that purported to leave the claims of its known creditors, including a group described as the “Ad Hoc Committee of Holders of Trade Claims” as unimpaired within the meaning of 11 U.S.C. § 1124(1).  D proposed to pay such claims post-petition interest at the federal judgment rate of approximately 2.59% under 11 U.S.C. §§ 502(b)(2), 726(a)(5), and 1129(a)(7)(ii).  C’s complained that they were entitled to more.  In C’s view, they were entitled to their bargained-for interest rates under their contracts or, failing that, California’s applicable statutory default rate of 10% under Cal. Civ. Code § 3289(b).  In the context of PG&E, the spread between D/E’s proposal and C’s counter was approximately $200 million.  Plenty to fight over, and thus the appeal to (at least) the Ninth Circuit.

D's plan classified C’s as unimpaired under 11 U.S.C. § 1124(1).  This left C’s, in turn, without the ability to vote on D’s plan as C’s were deemed to have accepted it under 11 U.S.C. § 1126(f).  The inability to vote against D’s plan further left C’s without the ability to invoke the Bankruptcy Code’s cramdown protections in an attempt to block confirmation of D’s plan.  See 11 U.S.C. § 1129(b)(1).  To surmount this hurdle, C’s had to convince the Ninth Circuit that that the solvent-debtor exception to the general rule against payment of post-petition interest on allowed claims, see 11 U.S.C. § 502(b)(2), was encompassed in 11 U.S.C. § 1124(1)’s reference to “equitable” rights that must be left undisturbed in order for a claim to qualify as unimpaired under that statute and that the exception has survived the enactment of the Bankruptcy Code of 1978.

What was the Ninth Circuit worried about?  What animates its decision?

Like any statutory scheme, the Bankruptcy Code is conceived and structured with a default paradigm in mind: the insolvent debtor. That this is the default setting for the statute does not mean it cannot be applied and adapted to other circumstances.  Judge Lucero’s opening line for the panel majority’s opinion alerts us that one such adaptation is coming, “This case involves an oddity in bankruptcy law: a solvent bankrupt.”  Calibrations or recalibrations of the statutory scheme followed.  And while the analytics of statutory construction employed by the Ninth Circuit are certainly interesting, instructive, and worth reviewing their own right, PG&E turns primarily on the need for the solvent-debtor exception to prevent D’s and E’s from distorting the outcomes Congress is believed to have had in mind in framing and drafting the Bankruptcy Code in the case of solvent debtors to the detriment of C’s.

To this end, the Ninth Circuit observed, “Without a solvent-debtor exception, a solvent bankrupt could reap a windfall at their creditors’ expense, pocketing money which the debtor had promised to pay promptly to the creditor.”  The panel majority’s concern is expressed again later in its opinion and applied directly to the facts in PG&E, “We decline to adopt a reading of the Code that permits PG&E to end-run these statutory rights while reaping a windfall of hundreds of millions of dollars.  Such an outcome is contrary to both a plain text reading of the Code and equitable principles that persist under the modern bankruptcy regime.”

In PG&E, D and E’s attempted this end-run by classifying C’s claims as unimpaired.  Again, this prevented C’s from voting and short-circuited the Bankruptcy Code’s cram down protections.  See 11 U.S.C. §§ 1126(f) and 1129(b).  And it is in the cram down protections of the Bankruptcy Code, and its established rule that E’s receipt of any surplus value from D’s bankruptcy estate must await full payment of C’s in order for a plan to be considered fair and equitable – i.e. junior classes cannot receive payment of an estate dividend absent payment in full of senior classes.  The Ninth Circuit endorsed the view – albeit by implication – that the requirement that plans be fair and equitable set forth in 11 U.S.C. § 1129(b) requires payment of post-petition interest at the contract or state law default rate of interest in the case of a solvent debtor, absent compelling equitable circumstances that require a different result.

And that is where the panel majority’s decision in PG&E left the matter.  The Ninth Circuit remanded the case to the bankruptcy court for a determination of what post-petition interest rate must be paid to C’s for the plan to meet the requirement that PG&E’s plan left C’s unimpaired within the meaning of 11 U.S.C. § 1124(1).

So, what is a solvent debtor to do in the plan formulation process?

Context is often the heavy undercurrent in determining what is fair and equitable under 11 U.S.C. § 1129(b).  The “oddity” of the solvent debtor changed everything.  The PG&E Court then read 11 U.S.C. § 1129(b) as essentially creating a kind of feedback loop through 11 U.S.C. § 1124(1) and its requirement that C’s equitable rights must remain unaltered for a claim to qualify as impaired under the Bankruptcy Code. In the case of a solvent bankrupt, the solvent debtor exception survived the enactment of the Bankruptcy Code of 1978 and requires D’s/E’s to propose plans that either pay C’s post-petition interest on their claims in accordance with their underlying contracts or pursuant to state law default interest rates.  Failing that, D’s and E’s must propose plans that impair C’s, allow C’s to vote and, if  a class of C’s votes against plan confirmation on the grounds described here, the D or E proponent of the plan will have to demonstrate to a reviewing court’s satisfaction that the plan’s proposed interest rates either meet the PG&E standard or there are compelling equitable circumstances requiring a deviation from PG&E’s default rule in solvent debtor cases.

Finally, Judge Ikuta authored a dissenting opinion.  Judge Ikuta read the Bankruptcy Code to proscribe payment of post-petition interest on creditor claims, even in the case of a solvent debtor.

back to all posts
Read Next:
Jevic: It’s Back for the Bankruptcy Attorney Business
Does Bankruptcy Attorney Negligence Restrict a Debtor's Lien Avoidance?
$3.75 Billion in Claims in Madoff Case Revived for Trustee of the Madoff Bankruptcy Trust
Nevada State Courts Have Concurrent Jurisdiction with Bankruptcy Courts Over Fraudulent Transfer Action